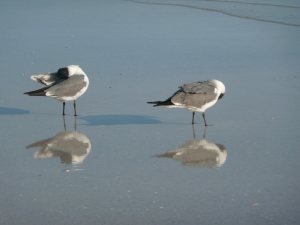 For months now, I have been ignoring suggestions that I tackle the disturbing case of the Reyes interfaith divorce in Chicago. I guess I had been trying to distance myself from the bad behavior of Joseph and Rebecca Reyes, who have been using their interfaith differences as weapons against each other and against their child. Rebecca (allegedly) allowed her parents to (allegedly) pressure her husband into converting from Catholicism to Judaism. Bad move. The marriage fell apart and Joseph had his three-year-old daughter baptized without Rebecca’s permission. Bad move. Rebecca convinced a judge to prohibit her husband from taking their daughter to church. Bad move. Joseph took their daughter to church anyway, with a TV crew in tow. Bad move.

The only blessing is that Ela Reyes is three, not six or sixteen, and probably missed most of what was going on around her. Last week, the judge ruled that Joseph will be allowed to attend church with his daughter, and that the child will go with her father on Easter and Christmas, and with her mother on Passover and the High Holy Days.  In essence, the court decided that allowing the child to be exposed to both religions is in the best interest of the child, under these circumstances. Interesting.

Recently, I have been advising a group of young interfaith couples in a weekly workshop: I do not want them to be discouraged by the abysmal failure of the Reyes marriage. Instead, I would like to point out hopeful signs of evolution in some of the blogosphere essays on the Reyes case.  Over at the excellent blog Killing the Buddha, I appreciate the way fellow half-Jewish writer Laurel Snyder writes about how the conversion of a spouse can backfire:  “The pressure that we, as a Jewish community, place on conversion and absorption, on quieting the multitude of non-Jewish voices in our midst is a problem for me.”  Jewish blogger Julie Weiner, who, like Snyder, is intermarried, praised Snyder for her post, agreeing that “too often the Jewish community pushes (conversion) in a way that seems like a dishonest, cosmetic solution to intermarriage.”

Ruth Abrams at interfaithfamily.com praises Snyder and Weiner, but she also appears to chide Joseph Reyes for going back on his promise to raise the child Jewish (though he denies making such a promise). She writes, “Sticking with agreements about religion is just as important as sticking with other parenting agreements, like the ones about school and who will supervise a small child.” Here, I disagree. When a partner changes spiritual direction, it need not always break up the marriage. Children can, and do, adapt to change, and can even thrive under such circumstances. I do not think, in this case, that what appears to have been a terrible marriage could have been saved by simply allowing the daughter to attend church, but there are most certainly marriages that could be saved this way. I have seen families in distress when a parent can no longer live with a promise to raise children in one religion, and I have seen that distress resolve when they allow children exposure to both religions.

So I also disagree with Snyder when she writes that the biggest problem in intermarriage is often “the shifting of a child’s religious identity—whatever it may be—after it has been solidified and formed.”  Our religious identities do shift, continuously: if your identity is truly solidified, you are probably dead.

The most sensitive anlaysis, and the most surprising, for me, was that of Orthodox Rabbi Brad Hirschfeld. He agreed with the judge’s ruling that the father has the right to take his Jewish daughter to church. Rabbi Hirschfeld stunned me with his statement that “…there is no evidence which shows that kids are harmed by exposure to multiple faith traditions…the argument that such exposure creates moral or psychic confusion is simply untrue.” As an interfaith child and an interfaith parent, I knew this. But few clergy members have been willing to put such a statement into print. The rest of Rabbi Hirschfeld’s post is equally brave and inspiring. I urge you to go read it.

Susan Katz Miller is a speaker and consultant on interfaith families and interfaith bridge-building, and author of Being Both: Embracing Two Religions in One Interfaith Family.

5 Replies to “How Not to Interfaith Parent: The Reyes Case”