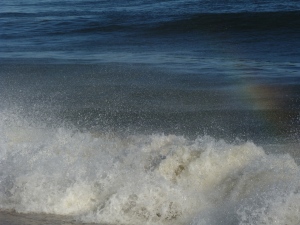 Recently, support for interfaith families of all kinds took a giant step forward when the London-based Christian Muslim Forum released an excellent new publication: “When Two Faiths Meet: Marriage, Family and Pastoral Care.” These guidelines for clergy were released at an event at the venerable Westminster Abbey no less, and attended by supportive ministers and imams.

The new document includes case studies of Muslim and Christian couples and families, and ten “Ethical Principles for Ministers, Imams, and other faith leaders” on how to best provide pastoral care to interfaith couples. The report points out that neither ministers nor imams “are being trained to respond to the increasing numbers” of interfaith couples.

The guidelines include the importance of ensuring that “individuals are not forced or pressurized to convert in order to marry.” Conversions made under pressure “may cause resentment in the long term” a “risk which may also apply in the case of enforced decisions about the faith identification of future children,” the guidelines state. This is brave language, and applies equally, in my experience, to Jewish and Christian, or Hindu and Muslim, or any other interfaith couples.

The report notes that the children of interfaith families “often report that their connection to two heritages is important to their sense of identity” and that they “are not confused by knowing both faiths or learning differences.”

Seeing my own positive reality as an interfaith child and an interfaith parent reflected in a report produced with the help of clergy from more than one religion, I feel a tremendous sense of affirmation, of being understood. I can only hope that here in the US we will take inspiration from this collaboration, and these new guidelines. In the meantime, we all benefit from the ability to get a free download of the guidelines from the other side of the Atlantic Ocean.