In order to write Being Both: Embracing Two Religions in One Interfaith Family, I interviewed Jewish and Christian, Muslim and Christian, Hindu and Christian, and Buddhist/Jewish/Christian families. This week, I was thrilled to see Jewish and Muslim adult interfaith children emerging on twitter–coming out, as it were, and speaking out about how love can prevail, even in a context fraught with geopolitical tension and violence.

In response to the current crisis in Israel and Palestine, two students in New York, Abraham Gutman (Jewish, Israeli) and Dania Darwish (Muslim) created the twitter hashtag #JewsAndArabsRefuseToBeEnemies. It is true that many Israeli Jews are also Arabs, and that Palestinians may be Muslim or Christian, but the message is clear nonetheless.

I see Gutman as a peacemaker inspired by his own interfaith family experience. He recently posted an essay about the struggle to find a rabbi to officiate at his marriage to a Christian. For me, this is another example of someone from an interfaith family becoming an interfaith bridge-builder. A more prominent example is Chelsea Clinton, a co-ounder of the Of Many Institute for Multifaith Leadership at NYU. In describing her interfaith activism, she told Time, “With all candor, because my husband is Jewish and I’m Christian, and we’re both practicing, it’s something that’s quite close to home.”

Below, interfaith children testify in their own words on Twitter…

Jasmin is Israeli, Osama is Palestinian. They are a happy family! #JewsAndArabsRefuseToBeEnemies

My Muslim Mother married my Jewish Father, I grew up in a household of Laughter & Love! #JewsAndArabsRefuseToBeEnemies 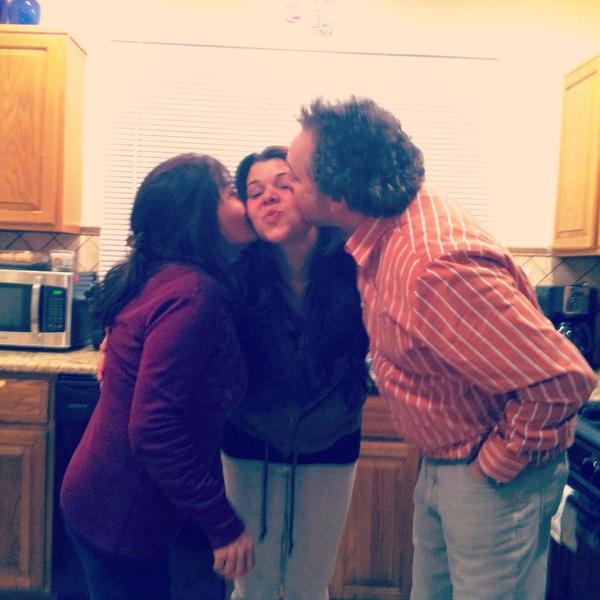 One Reply to “Interfaith Children Speak Out: #JewsAndArabsRefuseToBeEnemies”